Right. I said I was going to post an irrational response to Sunshine’s piece on TheAxePDX this morning.

Honestly, I don’t know that I have the energy. There’s just too much.

There was a brief back and forth earlier today on Twitter about the likelihood that the second-year curse will hit Caleb Porter as it did John Spencer. 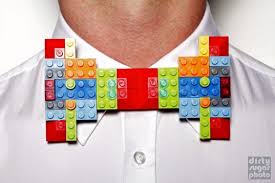 It won’t, though the wheels on the bus were rolling even before Porter landed in Portland. We all remember that coaching-from-afar thing, right? And the upgrade? And the starting XI for Seattle away in 2012 when so many of us raged?

Yeah. This is where crazy me gets all conspiracy-theory-y about things.

Gavin made some choices (let’s chalk that up to Gavin being Gavin) that weren’t the right choices because, well, Gavin. And Porter was brought in to clean things up a little. And now more choices have been made, but things aren’t going according to plan.

At some point, regardless of who brought who in (which ones are still Spenny’s guys?), the players on the field have to actually play the game and, ideally, look like they know what they’re doing.

There was a point in the Thorns season last year when it appeared to many of us as if the Thorns themselves had taken over coaching the team. I don’t know what went on behind the scenes, but the course of the season changed and the ladies ended up lifting a trophy.

I’m not advocating a full-scale rebellion for this Timbers side, but if things aren’t going the way they need to be going in order for this team to reach its lofty potential, I expect to see a little more anger, a little more frustration, a little more passion.

Speaking go ties: go get one, learn to tie a nifty half-Windsor or fancy knot of your choice, and wear it Saturday. It doesn’t change the team’s record, or increase their sense of urgency on the field, but if we’re going to be the Team at the Bottom of the Table, we may as well have a good laugh.

Posted by octoberthoughtspdx on April 30, 2014 in Timbers

← I remember this feeling.
Closing time →